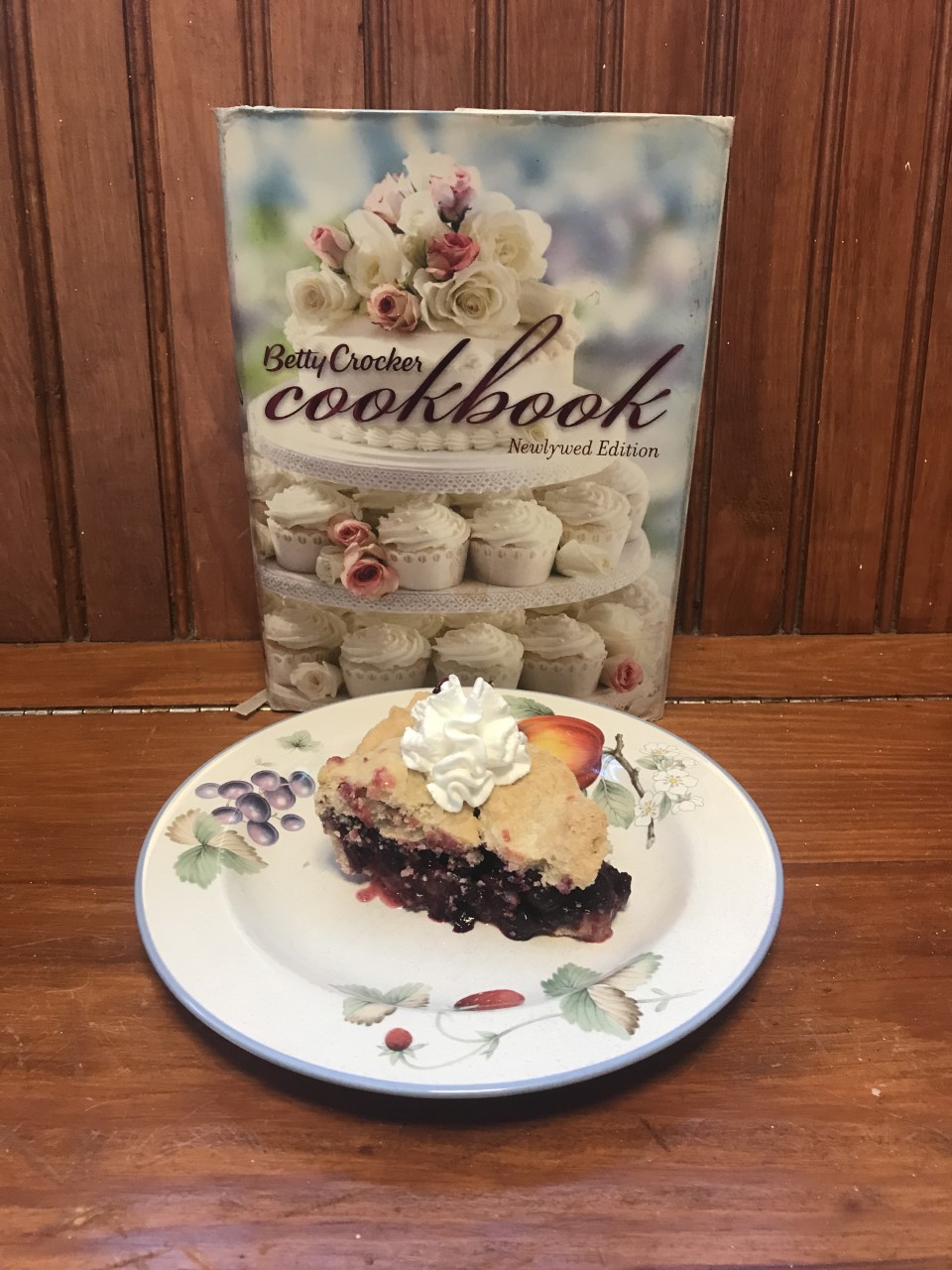 Lately I have been making a concerted effort to incorporate healthier food options into my refrigerator at home. I have been eating salads as well as encouraging my husband to do the same which he has graciously obliged to in addition to buying fruit. I know for myself I do not always want to stick with the healthy stuff, or more accurately, I want to feel like I’m partaking in something more indulgent every now and then. So, the logical thing that came to mind was to take that fruit and make a pie from scratch with it.

In all honesty I am typically not a pie fan, especially fruit pies. Most of the ones I have eaten have been extremely sweet and super syrupy. When I asked my husband how he felt about pie, he had the same sentiment and reasoning about not liking it. However, he would at least try what I came up with if I made one. I did a brief check online to see what was in season for our area and I found that there was not anything for the month of April, so I decided I would try blueberry. I picked out the blueberry pie recipe from the Betty Crocker Cookbook: Newlywed Edition which I found on page 166 and from the same book decided on making the “Easy Buttermilk Pastry” on page 162 for the crust as recommended by the blueberry pie recipe.

I had my reservations about how ‘easy’ the buttermilk pastry would be to make but I was happy to find that it was just that; easy. I did notice that the recipe called for cold shortening rather than room temperature, but I decided I would take my chances on making the recipe at room temperature. I liked the consistency but in the future I do plan on trying this recipe with the shortening refrigerated in advance or by sticking it in the freezer for a few minutes to get a similar effect.

Now, rolling out the crust was where I struggled. I romanticized in my head about how I was going to make this pie look beautiful. It was going to have delicate scalloped edges, a classic criss cross pattern. Maybe I would try a more creative approach with some pattern reminiscent of ones I had randomly seen on baking videos in the past. This did not happen. I had cleared my kitchen counter, disinfected, and dried it in preparation. As directed, I put some all-purpose flour on the counter surface, some on the rolling pin (so that the dough would not stick to the pin or the surface of the counter) and took half of the dough and attempted to roll it out.

I mistakenly thought that it would just roll out into a perfect circle and ended up trying to do this multiple times since the dough kept tearing. The fact that I kept adding more and more flour to the counter surface and the rolling pin with each attempt did not help since it just made the dough drier with each try. When I finally figured this out, I stopped trying to make it perfect and just went with my slightly torn pastry and patched it where I could inside the pie pan so that the filling would not ooze out.

I put the filling for the pie itself together pretty quickly. I was surprised to see cinnamon as an ingredient for this particular recipe since I do not immediately pair cinnamon and blueberries together, but I like both so I decided to go with it. I put the filling inside of the tattered pastry-lined pie pan and cut up pieces of butter to put on top of the filling

I had better success with rolling out the top cover crust with the remaining dough since I learned from my mistakes with the first half. This time I reshaped the dough as I rolled it out where I could and decided that it was best to just leave it as-is and try to make a fancy cover crust in future attempts as I get more comfortable with making pies. I put the top crust over the filling and tried to seal it the best I could since I did not roll the bottom pastry nor the top pastry

near enough. When everything was said and done, the edges of the crust looked smashed together in order to get it closed up with slits added to the top center of the pie pastry to allow for it to vent as it baked. Upon appraising my handiwork, I was not pleased with my pie’s curb appeal. I told myself that it didn’t need to look pretty to taste good and added my tin foil ring around the edge of the pie. As I put it into the oven, I hoped that I had sealed the crust and secured the tin foil ring enough so that I would not have blueberry lava filling spill over the edges of my pie pan as it baked.

Upon pulling the pie out, it looked appetizing enough and I put it on the counter to cool. Although I saw molten pie filling bubbling, I’m happy to report there was none spilling over the edges. My husband came home and ended up cutting a slice of it and tried it as it was. Overall, we both agreed that the pie was good. The biggest criticism that he and I had was that the filling was a little tart since the blueberries were not ripe. If the blueberries were in season, then the pie would have tasted perfect. If I had ice cream or whipped cream on hand, it would have helped cut the astringency of the blueberries. The filling was a little runnier than I expected but was still tasty. I was happy with how well the touch of cinnamon added to the flavor of the pie and am glad that I did not omit it. Both of my parents tried it as well and did not have any complaints. I did later buy some whipped cream and was content with how it tasted with the pie.

I would make this recipe again and would be interested in trying it out with other berries as they come into season. I do think that this is a nice addition to add to my baking arsenal for special events or major family functions. My husband did suggest that I modify the recipe by adding gelatin to the filling in the future to help firm it up which I will take into consideration. Next time I will not forget to have vanilla ice cream or whipped cream on hand. Even if the

berries are perfectly ripe on my next attempt, it does not hurt to have it at the ready just in case. Until then, I will be sure to try out new techniques and look out for a new baking recipe to try.